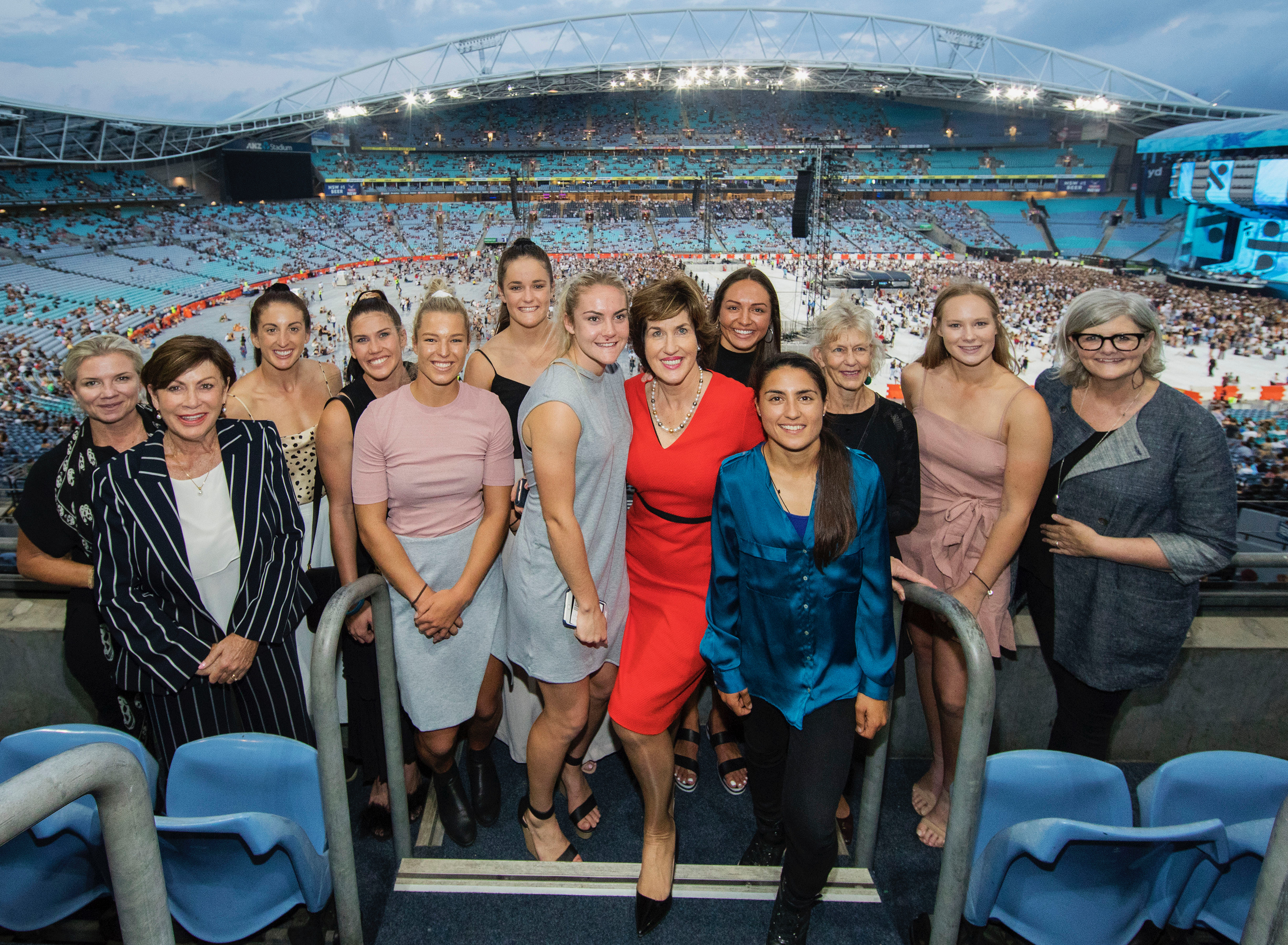 Empowering Women in the Business of Sport

A program designed to help Australia’s emerging batch of star female athletes leverage their success on the field into success in the commercial world has been launched at ANZ Stadium.

During the first of three sold-out Ed Sheeran concerts at ANZ Stadium, some of Australia’s most influential business leaders and elite athletes gathered to celebrate women’s sport and the power of collaboration by launching the Minerva Network.

The Minerva Network has been established to support elite sportswomen navigate commercial challenges, both on and off the field. The Network is pairing each of its athletes with an experienced business woman who will help them leverage their rising influence.

Minerva chair and co-founder, Christine McLoughlin, Director of the Venues NSW Board and a Director of the Suncorp Group and nib Holdings, says the Network will help its athletes thrive to achieve their full potential on and off the field.

“These athletes are celebrities in every sense,” McLoughlin says. “They’re sporting celebrities and that has a value.

“They are all exceptional on the field, but they’re not yet getting a lot of support around how to navigate commercial sponsorships, sign up agents, commercialise their off-field presence so they can actually make some money, and think about their career path beyond sport.

“So we are tapping into a diverse network of incredible women in Australian business to match the best mentor for each athlete.

“Through the networking opportunity we bring at Minerva, along with the pairing of mentors, the athletes are becoming better equipped to deal with the business of sport.”

While the launch was a women-only affair, Minerva will not be. McLoughlin emphasised there would be various avenues of support outside of the mentor roles. She said she hoped to see backing from all corners.