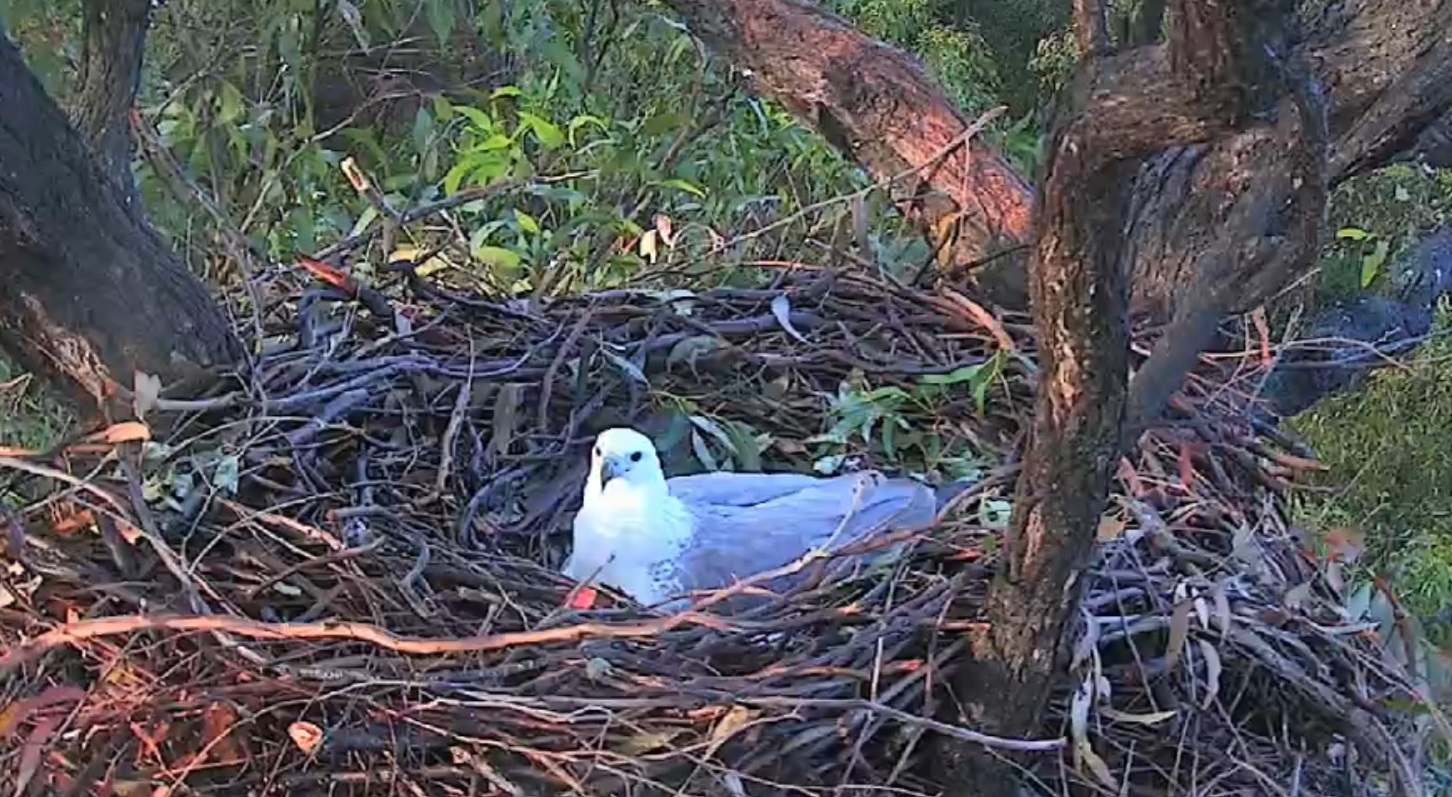 Eggciting News from the Nest!

Sydney Olympic Park’s resident White-bellied Sea-Eagles have laid not one but two eggs!

The pair of Sea-Eagles had been preparing for the arrival of the eggs for weeks, renovating last year’s nest with new sticks and green leaves.

The female White-bellied Sea-Eagle is now incubating both eggs.

This will be the second year the female adult has laid eggs at Newington Nature Reserve in Sydney Olympic Park. The resident male has raised on average one young to fledging each year since 2008 with a previous female.

Keen birders and those interested in the progress of the eggs can watch a 24-hour live stream of the nest called EagleCAM. EagleCAM is an initiative of BirdLife Australia and Sydney Olympic Park Authority and information obtained has lead to a wealth of data on the behaviour of these magnificent birds to assist in their conservation.