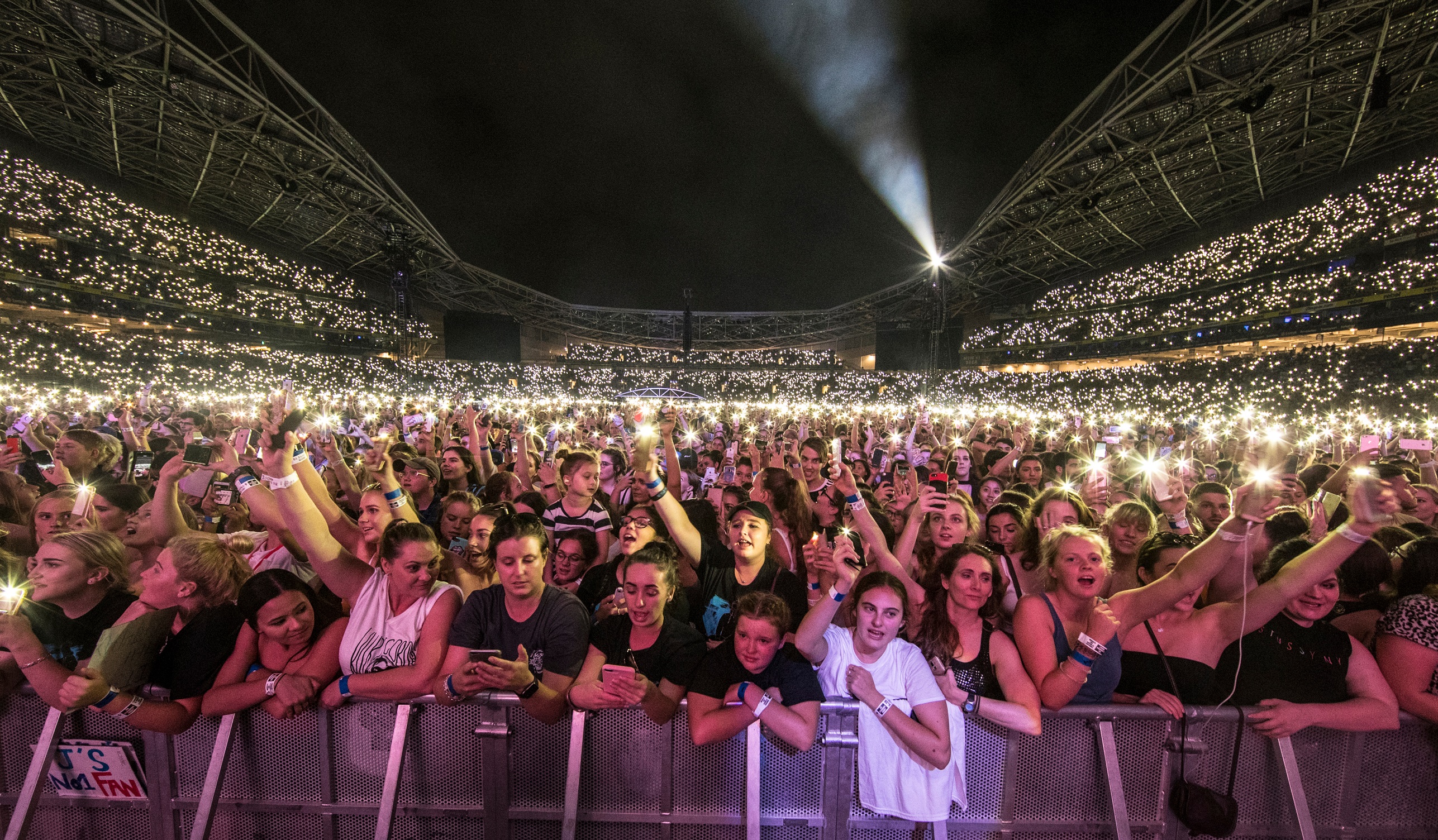 An amazing 243,513 patrons experienced Ed’s Divide World Tour concerts at ANZ Stadium, which rolled out over three successive nights from March 15-17 2018, and set a new record for aggregate attendance at a series of stadium concerts in New South Wales.

The new mark smashed the old record, beating the 213,045 set by AC/DC during their Black Ice Tour in 2010, also at ANZ Stadium.

In an astonishing achievement for Ed Sheeran and his Australian and New Zealand tour promoter Frontier Touring, the Oz/NZ leg of the Divide Tour sold over 1 million tickets, surpassing the previous record of 950,000 sales set by Dire Straits during their 1986 tour.

The phenomenal success of the Ed Sheeran Tour follows last year’s Adele concert triumph, when huge crowds of 98,364 and 96,470 attended back-to-back concerts at ANZ Stadium. Adele played “In The Round” at ANZ Stadium, with fans sitting around the stage in the centre of ANZ Stadium as well as filling the stands.

Later this year (2 November), another global entertainment star in Taylor Swift will take centre stage at ANZ Stadium in front of another full house.