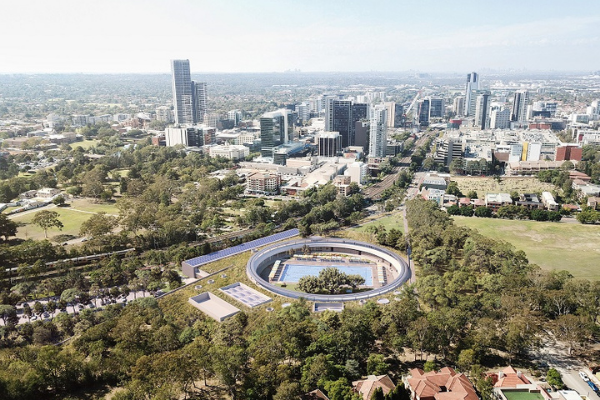 Construction on Parramatta’s new $88.6 million aquatic and leisure centre is officially underway following the appointment of Lipman as builder for the state-of-the-art community facility.

The new 40,000 square metre aquatic and leisure centre has been designed to integrate seamlessly with the lush surrounds of Parramatta Park. It will include a 10-lane, 50m outdoor pool; 25m indoor pool; indoor learn-to-swim pool; indoor water playground; spa and sauna facilities; café; fitness centre; multipurpose community rooms; and up to 200 parking spaces.

Solar panels will also be installed on sections of the centre’s roof, generating approximately 142,000 kilowatts of power annually, while more than 500 trees indigenous to the area will be planted

Expected to be completed in early 2023, the project is being co-funded by Council and the NSW Government, which is investing $38.5 million from the Restart NSW Fund.

Council, on top of its initial commitment of $38.5 million, is investing an extra $11.6 million to increase the facility’s capacity and future-proof it to accommodate Parramatta’s rapid growth.