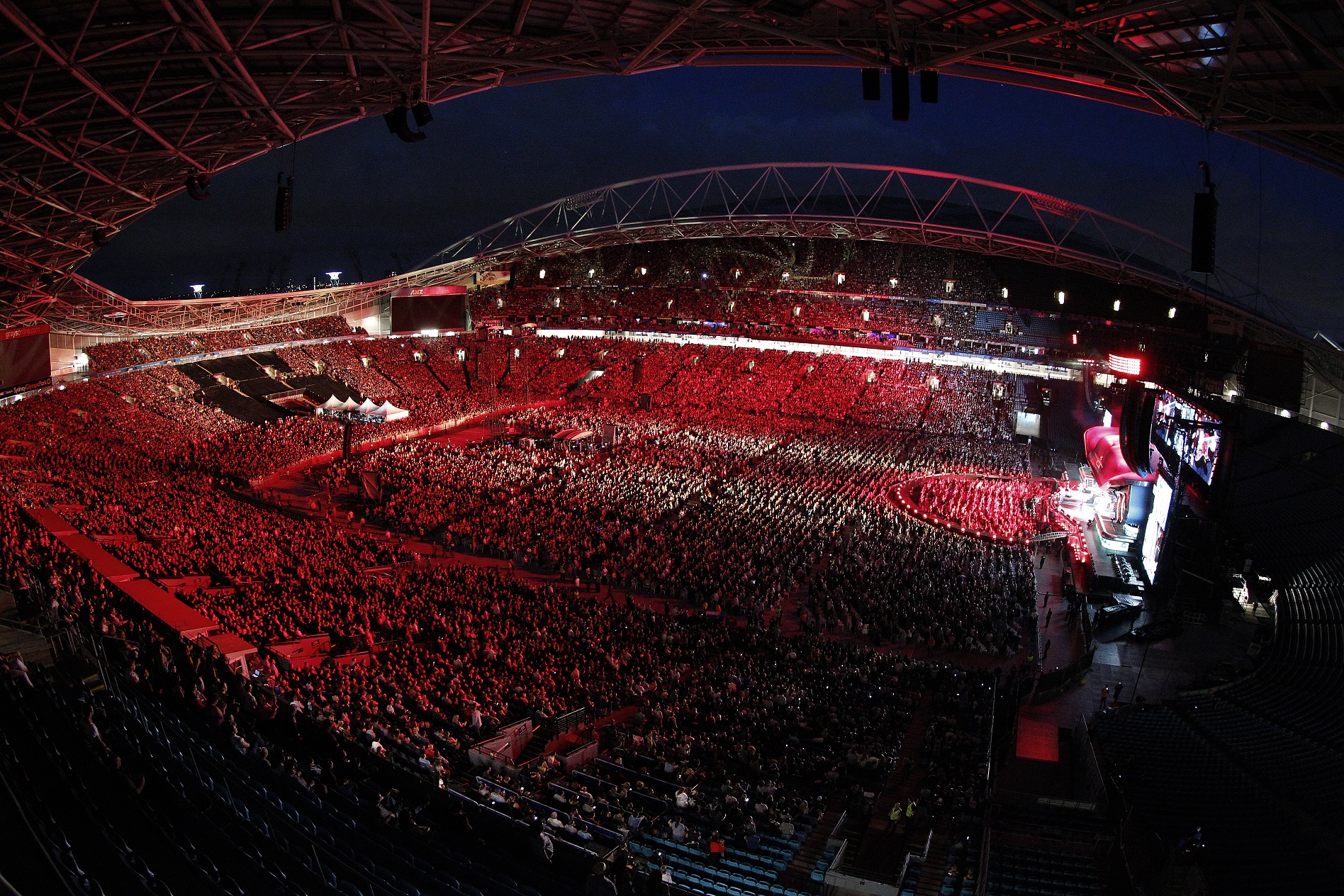 February marks the beginning of a massive two months of concerts at ANZ Stadium, with Guns N’ Roses, Adele and Justin Bieber all taking to the stage.

More than 350,000 fans will flock to Sydney Olympic Park for the blockbuster concerts, kicking off with Legendary rockers Guns N’ Roses Not in this Lifetime Tour this Friday 10 and Saturday 11 February.

For the first time in over 20 years, founding members Axl Rose, Slash and Duff McKagan are reuniting to bring their explosive attitude back to Australia for what is one of the most anticipated tours in recent history.

Then all eyes will be on global superstar Adele for her Australian debut on Friday 10 and Saturday 11 March.

Her unique 360º in-the-round production has been designed to create intimacy and will feature reserved seating on the playing arena and in the stands at ANZ Stadium.

Not to be outdone, the King of Pop will follow on from Adele with Justin Bieber’s Purpose World Tour landing at ANZ Stadium on Wednesday 15 March.

The Purpose World Tour has already wowed fans and critics alike across the United States, Canada and Japan and will tour throughout Europe before landing in Australia. With more than 100 huge shows on the tour and close to a million ticket sales globally, there is no doubt that Bieber is at the top of his game.