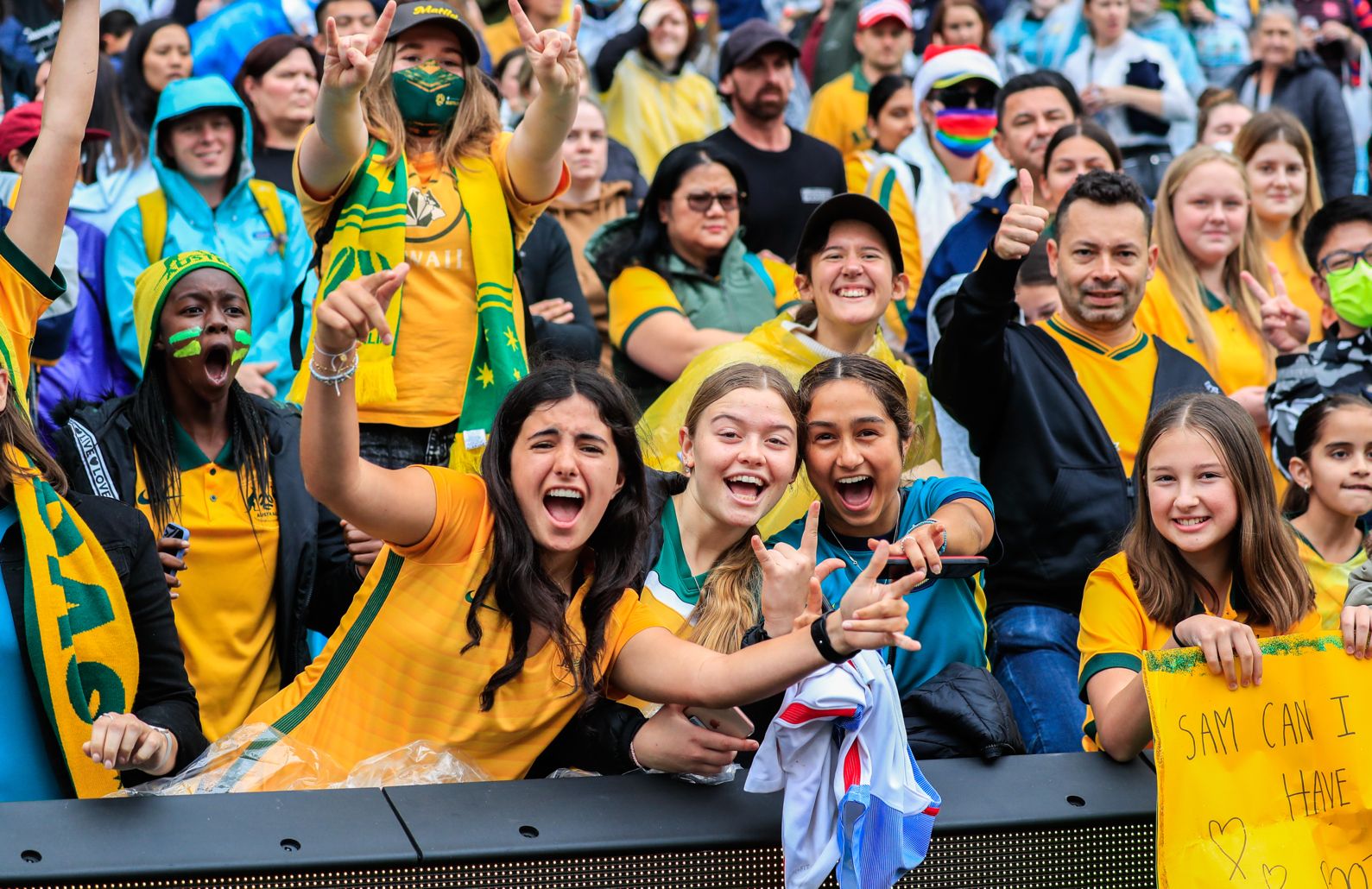 A snapshot of what lies ahead for Sydney Olympic Park at the 2023 FIFA Women’s World Cup, with the Commonwealth Bank Matildas v USA international drawing the highest ever attendance for a Matildas game in Australia on Saturday night.

The record 36,109 crowd at the newly-named Accor Stadium was achieved despite drenching rain in Sydney and the fact the event only went on sale three weeks ago.

The number of kids at this major sporting event had to be seen to be believed . . . proving once again what a force the Matildas are in Australian sport.

The result didn’t go quite as planned . . . Matildas 0 USA 3 but congratulations to Football Australia, Accor Stadium and the Venues Live team on an amazing event.