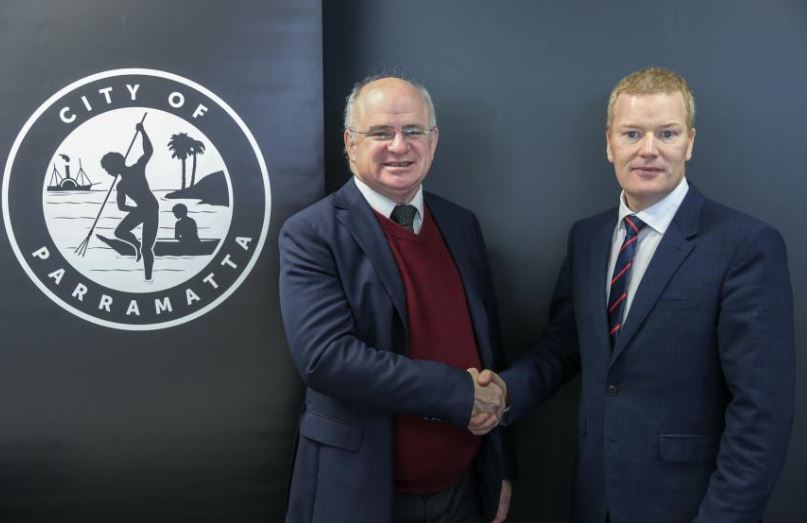 The City of Parramatta has appointed Mark Stapleton as its new Chief Executive Officer (CEO).

City of Parramatta Lord Mayor Cr Andrew Wilson said he looked forward to working with Mr Stapleton, who has served as Council’s Director of Property and Significant Assets.

The City of Parramatta has appointed Mark Stapleton as its new Chief Executive Officer (CEO).

City of Parramatta Lord Mayor Cr Andrew Wilson said he looked forward to working with Mr Stapleton, who has served as Council’s Director of Property and Significant Assets.

“I am confident that Mr Stapleton will bring great enthusiasm and passion to this critical role and will guide the City through a time of unprecedented change and great opportunity,” Cr Wilson said.

“Mr Stapleton has a distinguished career in executive management with more than 25 years in the property and development industry, and at the helm of his own business. I have every confidence he will channel his specialist knowledge and skills to deliver the very best outcomes for the whole Parramatta community – its residents, workers, businesses and visitors.”

His selection follows an extensive and rigorous search for a new City of Parramatta Chief Executive Officer.

“From a large and talented pool of applicants, we were able to select the person best qualified for the position,” Cr Wilson said.

Mr Stapleton said he was honoured to be offered the position and looked forward to helping lead the City, its neighbourhoods and communities, through an exciting time of growth.

“As a father of two young children, I am keenly aware of the need to create liveable, accessible cities and I am passionate about advocating for Parramatta and ensuring it continues to be a great place to live, work and play,” Mr Stapleton said.

“I’m excited to work closely with the Lord Mayor and the broader Council team to progress Parramatta’s ambitions to be a welcoming, accessible, innovative, fair, green and thriving city.”

“It’s an exciting time for our community with billions of dollars being invested in many transformational initiatives. My job will be to ensure the City of Parramatta maximises this once in a lifetime opportunity to thrive as Sydney’s Central City.”

Born in Ireland, Mr Stapleton came to Australia in 2007, where he worked in senior executive positions with companies including Leighton Contractors and John Holland. Throughout his 25-year career he has also gained qualifications in accounting, law, health and safety, strategy, and executive leadership.

Sue Coleman, Council’s Director of City Services has been acting in the CEO position since January. Mr Stapleton commenced in the CEO role on Tuesday 10 July.