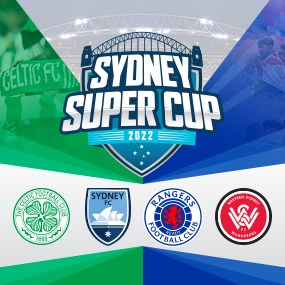 Sydney will host a historic match-up between Scottish teams, Celtic and Rangers as they kick off the newly created Sydney Super Cup. Witness one of world football’s greatest rivalries when Celtic & Rangers face off in Sydney on Sunday November 20, 2022, marking the first time the two teams have played each other outside of Scotland.

The match will be played at Sydney’s Accor Stadium and sees the return of Celtic Manager Ange Postecoglou to the venue of one of his most famous coaching wins, when Australia won the AFC Asian Cup in 2015. The clash against newly appointed Giovanni van Bronckhorst’s Rangers, Scotland’s reigning champions, brings two of Scottish football’s powerhouses to Australia.