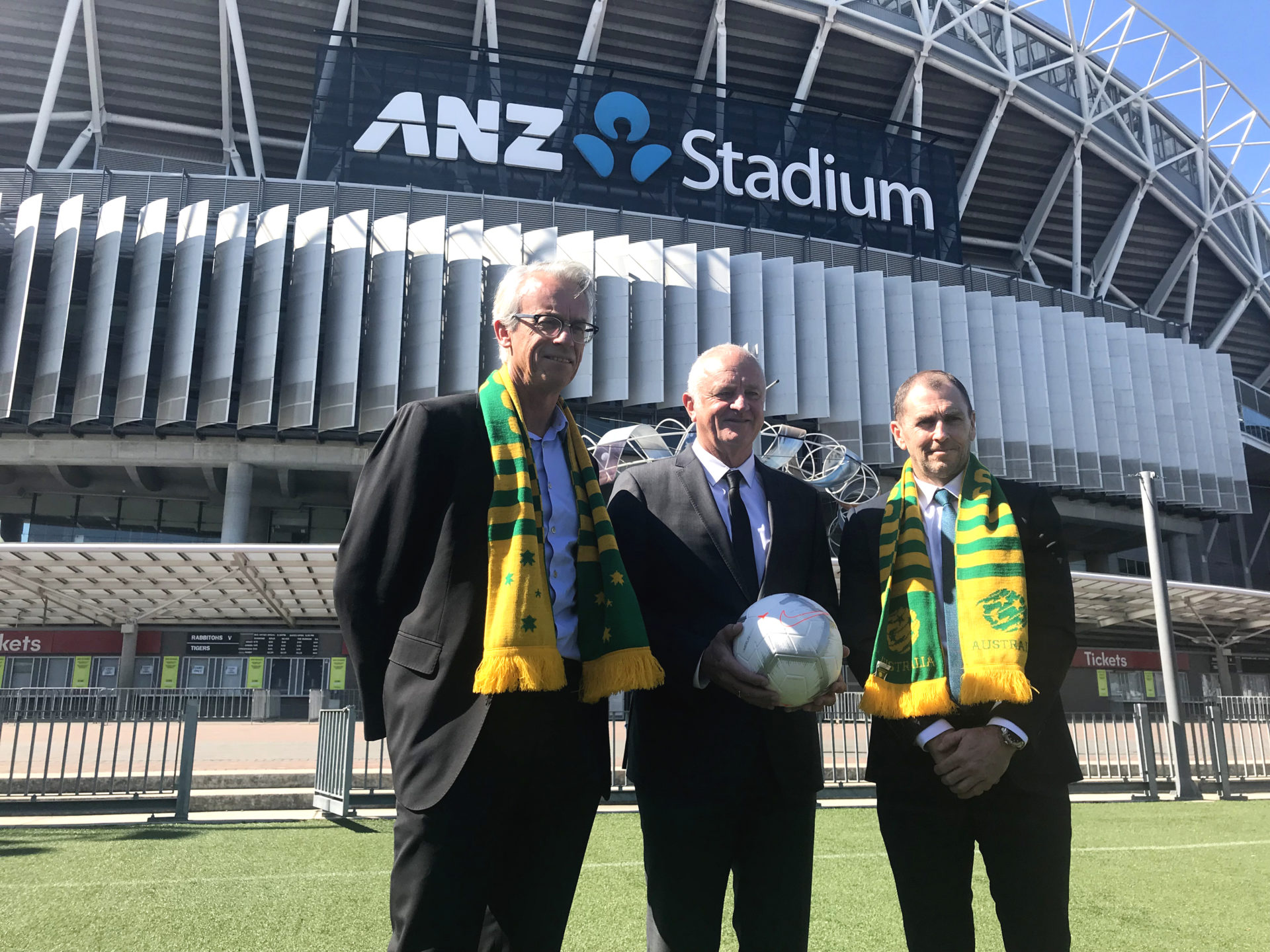 Caltex Socceroos to Host Lebanon at ANZ Stadium this November

The Caltex Socceroos will return to the scene of their dramatic FIFA World Cup qualification on Tuesday 20 November when they take on Lebanon at ANZ Stadium.

The marquee fixture will be the first and only chance for Sydney-siders to see new head coach Graham Arnold and his squad before their AFC Asian Cup defence begins in the United Arab Emirates next year.

THE Caltex Socceroos will return to the scene of their dramatic FIFA World Cup qualification on Tuesday 20 November when they take on Lebanon at ANZ Stadium.

The marquee fixture will be the first and only chance for Sydney-siders to see new head coach Graham Arnold and his squad before their AFC Asian Cup defence begins in the United Arab Emirates next year.

Australians everywhere cheered the Socceroos home during their World Cup qualifying wins over Syria and Honduras at ANZ Stadium last year and this game is sure to add to the growing list of memorable Socceroos moments at Sydney’s Olympic Stadium.

TICKETS AVAILABLE TO FOOTBALL FAMILY NOW AND ON SALE TO GENERAL PUBLIC TUESDAY 9AM HEREFFA CEO, David Gallop AM, was at ANZ Stadium on Thursday morning for the official match announcement.Gallop said that the fixture against Lebanon – who, like Australia, will compete in next year’s AFC Asian Cup in the United Arab Emirates – will provide the Caltex Socceroos with another solid test leading into Asia’s showpiece football tournament early in 2019.“We are delighted to have worked with ANZ Stadium to lock in another quality match for the Caltex Socceroos in Australia in 2018,” he said.

“ANZ Stadium has played host to many memorable Caltex Socceroos fixtures in the past, so we’re sure that both supporters and players will be pleased with the news that they will return to the venue this November.”“Sydney is also home to over 165,000 people with Lebanese heritage. We look forward to the opportunity of engaging with the Australian-Lebanese community over the coming months leading up to the match, and expect to feel a real party atmosphere inside ANZ Stadium on game day as the Australian-Lebanese community comes together.”Caltex Socceroos Head Coach, Graham Arnold, also attended Thursday’s match announcement. Arnold said that the fixture will provide his squad with another opportunity to gel as a unit ahead of the AFC Asian Cup UAE 2019.“Over the coming months we will have three clear opportunities to develop as a squad ahead of the AFC Asian Cup,” he said.

“We will start this process next week with our camp in Turkey and continue to build in October.” “In November, the fixtures that have been scheduled in Brisbane and Sydney will provide us with valuable match minutes against strong Asian opponents, and this will only help us to improve as a team.“The players are excited to return to Australia to play in front of their families, friends, and fans, so we look forward to playing in front of large vocal crowds at both matches.”

ANZ Stadium CEO, Daryl Kerry, said Australia v Lebanon in Western Sydney had the potential to create another “Where Were You” moment in Australian football history.

“We are thrilled to be welcoming back the Caltex Socceroos to ANZ Stadium and the Australia v Lebanon game promises to be a special event on the Australian sports calendar,” he said.

“Australians everywhere cheered home the Socceroos in their World Cup qualifying wins against Syria and Honduras at ANZ Stadium late last year, and this game will have the added excitement of a new generation of Socceroos players under coach Graham Arnold and engagement with the passionate Australian-Lebanese community that will ensure this is an event to remember.”

Mr Kerry said the edge-of-your-seat 2017 World Cup qualifiers had added to a long list of memorable football moments at ANZ Stadium, which included John Aloisi’s penalty shootout clincher against Uruguay in 2005, the Josh Kennedy header that took the Socceroos to the 2014 World Cup, and the AFC Asian Cup Final extra-time victory over South Korea in January 2015.

Supporters are urged to take this opportunity to see the team in action. Due to 2019 AFC Asian Cup commitments and the first stage of 2022 FIFA World Cup™ qualifying, the Caltex Socceroos will not return to Australia again until the second half of 2019.