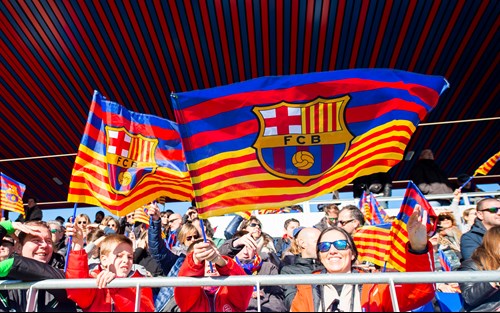 FC Barcelona – one of the biggest football clubs in the world – is coming to Sydney to play an exclusive match against the A-Leagues All Stars at Accor Stadium on Wednesday 25 May.

With the richest of histories and recognised all over the world for their iconic blue and garnet colours, this club represents more than just their attractive, attacking style of football.

FC Barcelona has inspired football and sporting fans alike for their 123-year history, becoming an international beacon for the pinnacle of sporting success and prestige.

This will be a once-in-a-generation event. Experience football played the ‘Barça way’ in Australia for the first time when they take on the country’s best in the A-Leagues All Stars team.

It has just been announced that fans heading to the Barça in Sydney football blockbuster have kicked an early goal with Transport for NSW confirming that all match tickets will include travel on public transport services to and from Accor.