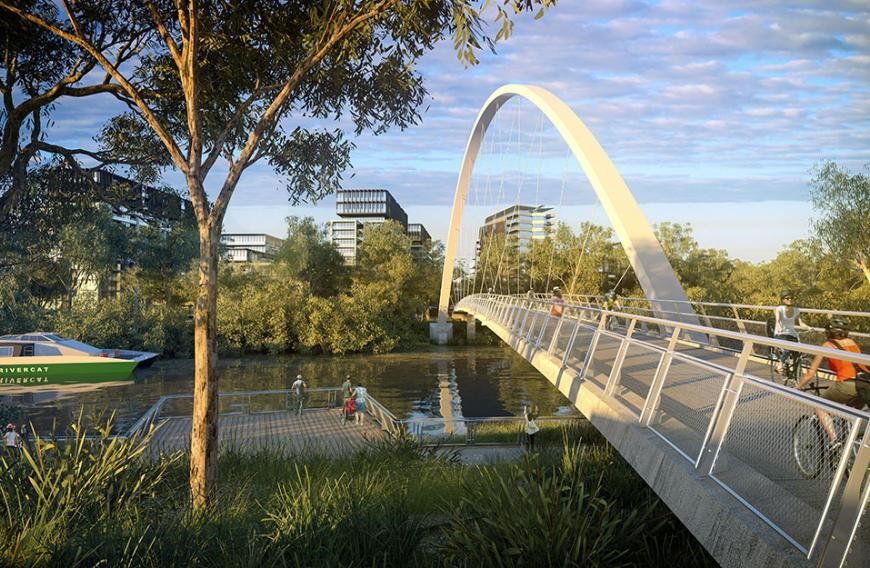 Australia’s first true diagonal arch bridge is one step closer to becoming a reality with City of Parramatta Council securing a multimillion-dollar funding contribution from the NSW Government’s Housing Acceleration Fund to construct the impressive new pedestrian and cyclist connection.

Council has sought expressions of interest to build the 190-metre-long Alfred Street Bridge, which will provide the City’s growing number of residents, workers, students and visitors a safe, convenient and scenic walking and cycling link across the Parramatta River to the east of the CBD.

“The number of people using our riverside paths and cycleways has more than doubled in some parts over the last five years ‒ and that was before we saw a spike in usage during the COVID-19 crisis,” City of Parramatta Lord Mayor Cr Bob Dwyer said.

“The need for a bridge connecting the northern and southern sides of the river at the eastern end of the City is clear, and the new Alfred Street Bridge will make these trips around our City safer and faster.”