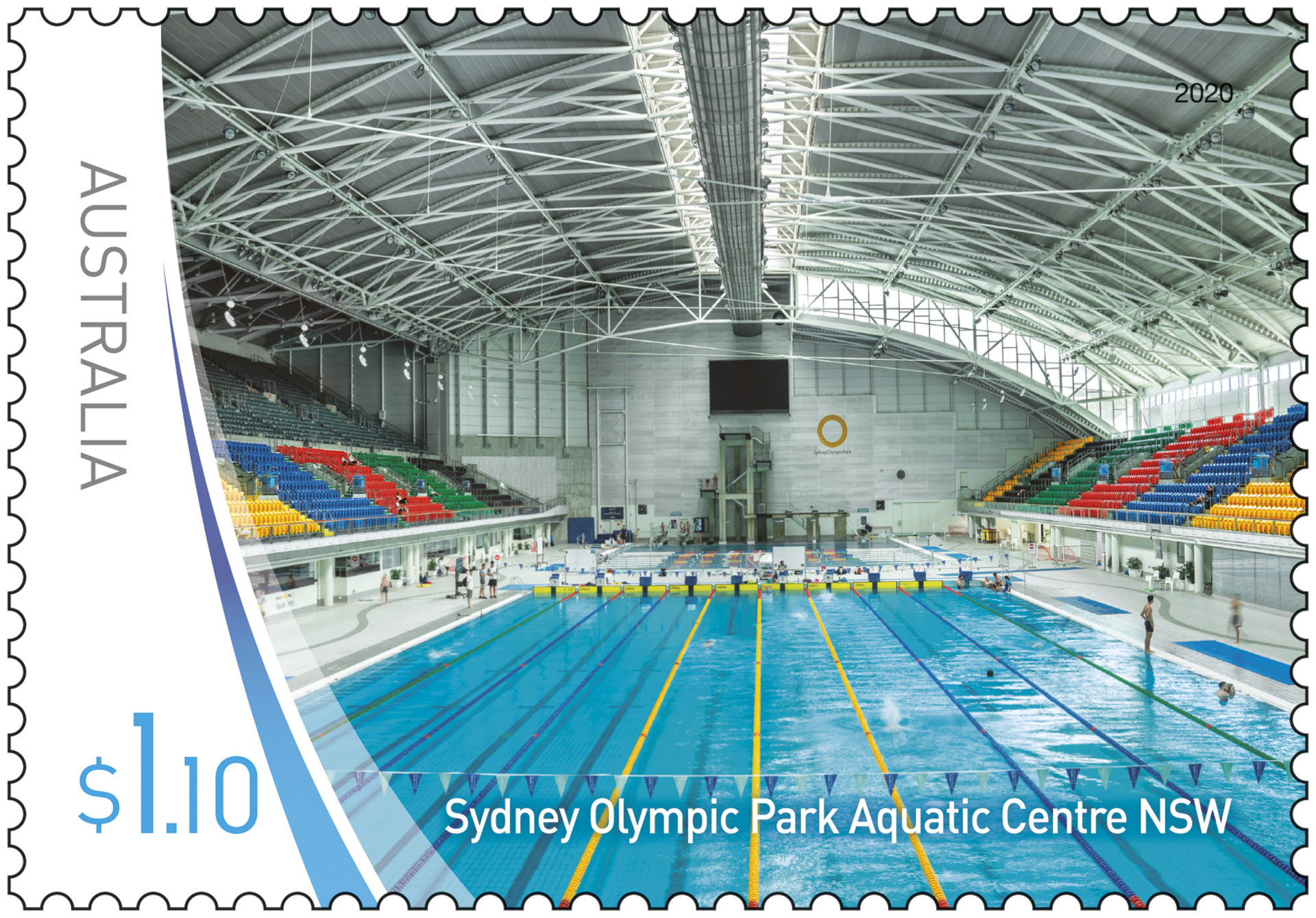 The Aquatic Centre is joined by Rod Laver Arena, Adelaide Oval and Anna Meares Velodrome in the conclusion of the two-part stamp series. The series pays tribute to each of the stadium’s sporting, architectural and cultural significance, and also recognises the popularity of sports enjoyed in Australia.

Australia Post Philatelic Manager Michael Zsolt said that as well as being physical symbols for sports, these stadiums are bold architectural statements in their own right.

“These stadiums are not only impressive landmarks for their respective states, but they are an important part of Australia’s rich sporting culture.”

Sydney Olympic Park Aquatic Centre was chosen for its key role in Sydney’s successful bid to host the 2000 Olympic Games, and its use today as an elite venue and community facility.

“This is a fantastic nation-wide celebration of the Aquatic Centre in its 20th anniversary since the venue hosted the Sydney 2000 Olympic and Paralympic Games,” Romaniuk said.

“Today the Aquatic Centre attracts over 1 million visitors annually as a training and competition venue for Australia’s top athletes as well as a community facility supporting children learning to swim or splashing in the much-loved water playground.”