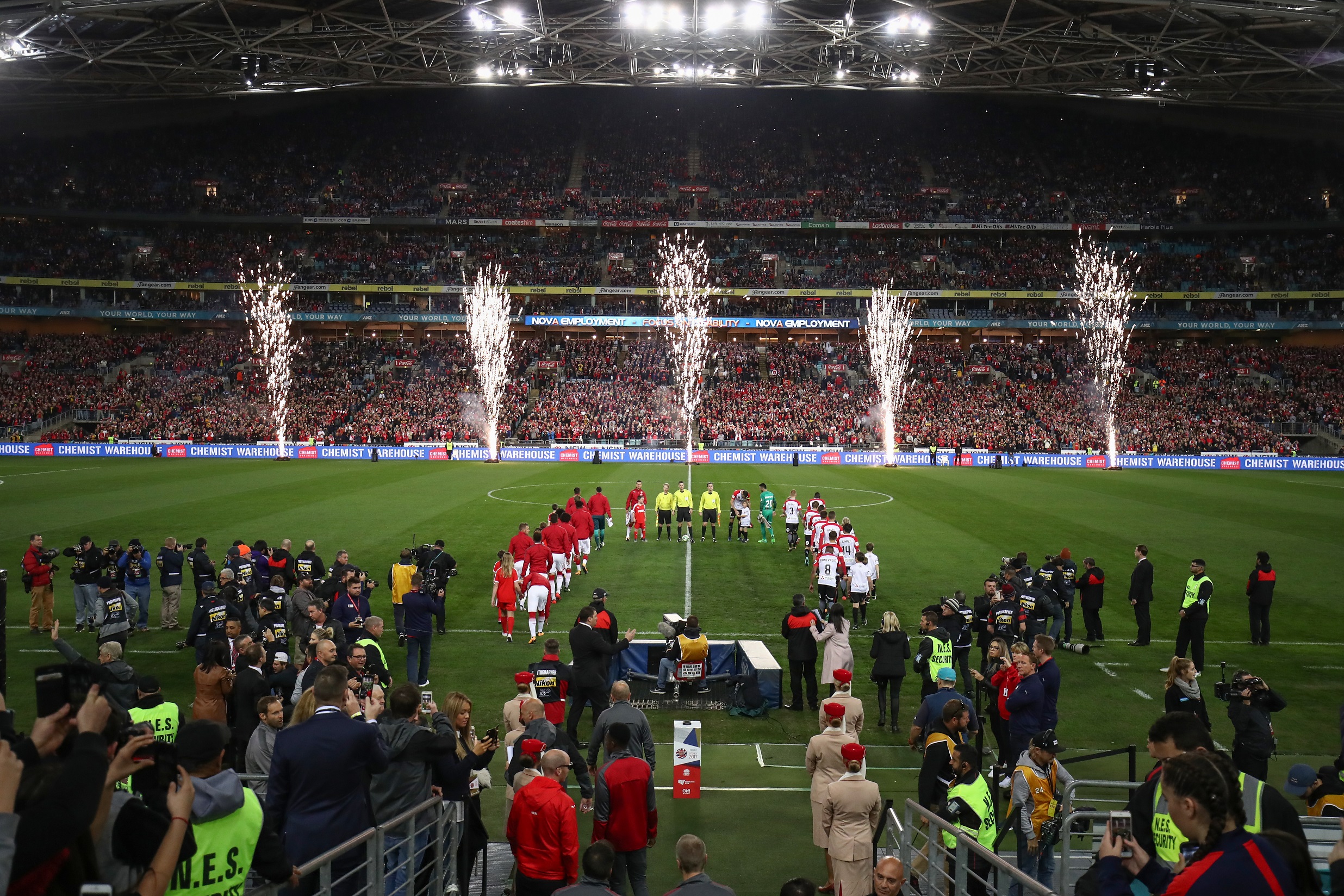 Two 80,000-plus sellout crowds for back-to-back blockbusters, 20,000 fans just for a training session, two cracking games, unprecedented fan engagement, and a vow from the Arsenal Football Club not to leave it another 40 years before they return.

This was a week that will live long in the memory of NSW sports fans . . . and now ANZ Stadium and operator VenuesLive have been recognised for delivering an event of the highest order by having the Arsenal FC in Sydney Tour shortlisted for international Event Of The Year at the 2018 The Stadium Business Awards.

The Arsenal FC in Sydney Tour is one of six finalists, three of which are Australian.

The First Day-Night Ashes Test at Adelaide Oval and The Battle of Brisbane at Suncorp Stadium were also named as finalists (see full list below).

The full list of finalists for the 2018 TheStadiumBusiness Awards is here.

The winning event will be announced at TheStadiumBusiness Awards Ceremony at Emirates Old Trafford, Manchester, on 12 June.

The Arsenal In Sydney Tour, a joint venture between ANZ Stadium operator VenuesLive, Arsenal Football Club and Destination NSW – the lead government agency for the NSW tourism – attracted more than 38,000 interstate and regional visitors, 2600 international visitors, and injected a significant $24 million into the NSW economy.

The Gunners wheeled out a squad brimming with superstars – names like Mesut Ozil, Laurent Koscielny and star signing Alexandre Lacazette.

The sheer level of passion on display left Arsenal’s legendary Manager Arsene Wenger in awe of his club’s passionate fans.

“I must say after two nights here, we had over 160,000 people at the games and I am just absolutely bewildered,” said Wenger.

“I am a long time in the game and it was amazing. We are very, very happy to have so many fans here.

“The people here in Australia are wonderful, they are very respectful, very nice, they love the Premier League and overall Sydney is absolutely beautiful so it was a dream to stay here.”

The Gunners knew what they were in for the moment they stepped off the plane when hundreds of loyal Arsenal fans gathered at 6am on a chilly winter morning to greet the team outside Sydney Airport.

The players endeared themselves to the locals with a series of fan engagement opportunities around Sydney. Kids training clinics, special appearances, a spectacular joint kit launch with Sydney FC at Fort Denison and, of course, the huge Official Arsenal Fan Party and Open Training Session had fans enchanted with the stars of the club.

Ask any fan and they’ll tell you it was worth the 40-year wait to see Arsenal in Sydney . . . and it’s why Arsenal CEO Ivan Gazidis declared the Gunners would not leave it so long to return.