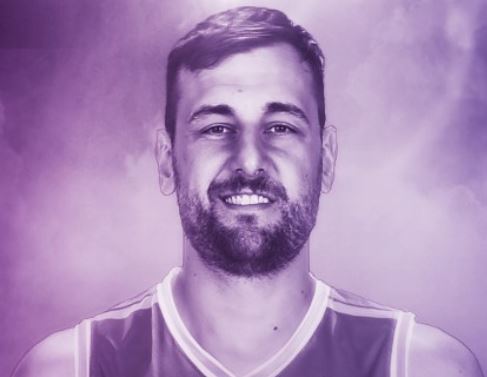 Bogut has had a remarkable career and is one of the most decorated players in the annals of Australian basketball. He won an NBA Championship as a member of the Golden State Warriors in 2015, was the overall number one pick in the 2005 NBA draft and had a brilliant two-year stint at the University of Utah, becoming the only Australian ever to receive both the Naismith and Wooden awards as the NCAA Division One College Player of the Year.

Internationally, he has been a stalwart for Australia, appearing in three Olympic Games (2004, 2008 & 2016) and the 2006 FIBA World Cup for the Boomers. In 2003, he was the fulcrum of the Australian team that swept all before it to win the gold medal at the FIBA World U-19 Championships, averaging 26 points and 17 rebounds per game throughout the tournament.

A veteran of 695 regular season and 58 playoff games in the NBA over 14 seasons, the 216cm (7’0”), 118kg (260lb) centre is an outstanding defender and rebounder, a superb passer, and blessed with an exceptional basketball IQ.

“This is a fantastic day for not only the Sydney Kings but for the game of basketball in this country. We are privileged that Andrew has chosen to become a King and we can’t wait to see him on court at Qudos Bank Arena.

“I know our fans will get behind him and the rest of our team as we look to take that next step and reach our goals.

“This is the greatest coup in the history of the NBL. It’s not only a huge day for the Kings but for the entire Australian sports community.

“We’ve been searching for a rim protector, rebounder and low post presence and have that and more in Andrew Bogut. Andrew is one of the elite passing centres in the world and fits our needs perfectly.

“When the Managing Director told me he had signed Bogut, I thought he was joking. Instead, he has given me a unique opportunity to work with one of the greatest players Australia has ever produced.

“I’m excited by Andrew’s enthusiasm and passion to play in the NBL and for the Australian national team. So now it’s down to work as we acclimatise him with the Australian game,” Mr. Gaze said.

Mr. Bogut said he was very excited to be joining the Sydney Kings.

“I have played all around the world, most recently in the NBA for 13 years, but it was time to come back to my home country and the NBL. I can’t wait to get out there and lead this historic franchise back to where it belongs,” Mr. Bogut said.

Harvey Lister, Chairman of the Sydney Kings ownership group said the signing of Andrew Bogut will deliver wide reaching benefits for basketball both in Sydney and throughout the country.

“Having a player of Andrew’s stature in the NBL will not only bring more fans and corporate partners to Sydney Kings games but will ensure packed houses for all other teams across the League,” Mr. Lister said.