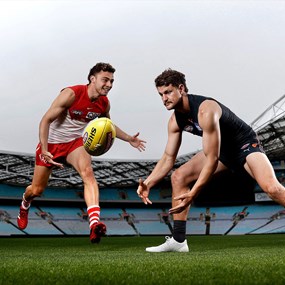 The AFL is back at Accor Stadium for the first time since 2016 with the GWS GIANTS taking on the Sydney Swans in a Round 1 cracker on Saturday 19 March. There’ll be big family fun, live music, plus all the cross-town rivalry action. There’s even a Swan named Buddy looking to kick his 1000th AFL goal.

Few will forget the last Sydney Derby at the Stadium in 2016 when the two teams faced off in an Elimination Final.

Don’t miss out as the AFL returns to the big arena in Sydney Olympic Park.